3 Reasons to Invest In Real Estate During a Recession

The fundamentals of the housing market are strong. But is it recession-proof? 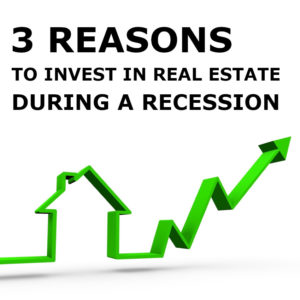 It’s somewhat counter-intuitive, but recessions don’t necessarily mean bad things for the housing market. In fact, they usually don’t. Real estate can be an effective strategy to stabilise a portfolio in an economic downturn.

In other words, an economic slowdown may be a reason to buy real estate rather than shy away from it.

There is no such thing as a national housing market. Each city has it’s own dynamics between supply and demand. Depending on the cause of the recession, it could hit some cities but not others.

The last recession was caused by the real estate bubble and it is still on investors’ minds, making them think that recessions lead to depressed real estate prices. Even though during the last five recessions, real estate values only decreased meaningfully one time… and property prices actually increased 3 times. 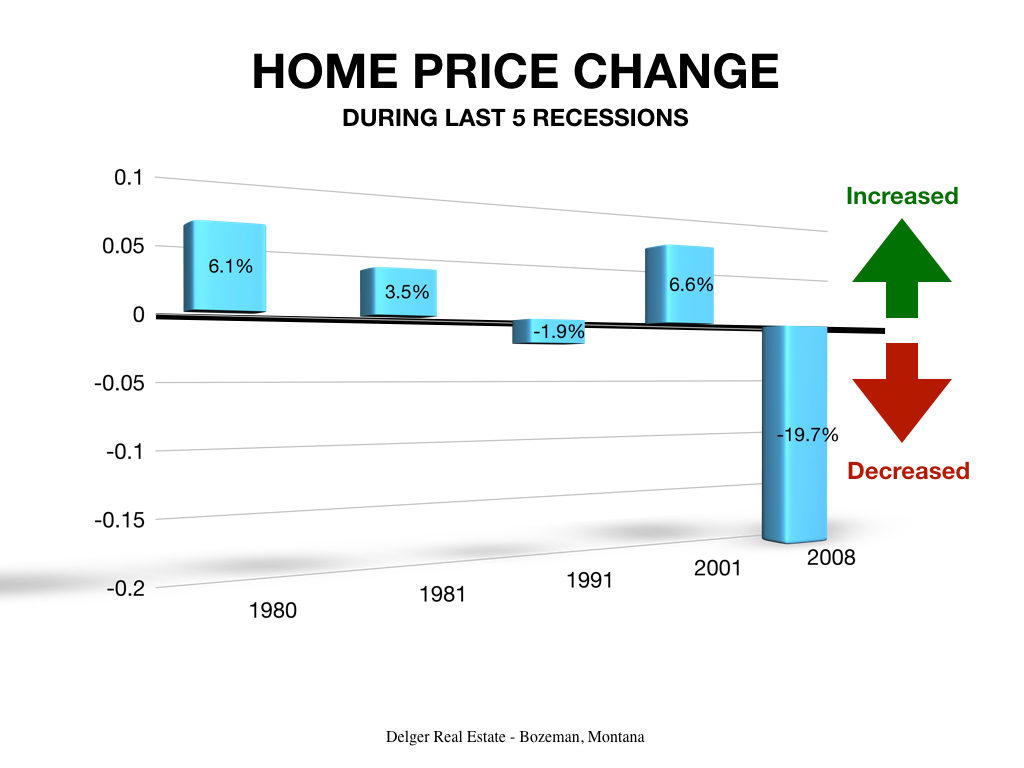 Please read our article on The Current Real Estate Market vs. the 2008 Housing Crash for additional information on why the real estate market is much stronger now than it was in 2008.

As such, here are 3 reasons to invest in real estate during a recession.

One of the primary reasons to consider making property investments is the opportunity to generate income. The consistent or predictable income from rental properties is what makes investment real estate ideal during an economic recession.

The ability for owners to adjust rental rates is a hedge against inflation and changing interest rates frequently associated with economic recessions is another positive attribute of this income. Raising rent rates during lease renewals allows owners to keep up with rising prices associated with inflation.

It should be pointed out that even during the housing price collapse of 2008, average fair market rent for a three-bedroom property, as calculated by the U.S. Department of Housing and Urban Development, rose at a steady rate.

2: Real Estate may be Less Sensitive to Volatility

During The Great Recession of 2008 home prices did fall. However, prior to the recession home prices were over inflated due to sub prime mortgage lending practices. It can be argued that home prices simply corrected to their true market value. It should also be noted that single-family rental assets were actually positive as a sector during The Great Recession of 2008. Once again, read our article The Current Real Estate Market vs. the 2008 Housing Crash for additional details on why this recession is different.

Real estate’s relative low correlation to stock market movements can make it a more reliable choice during a recession. Stock markets and alternative assets like cryptocurrency move down rapidly during a recession. One of the hallmarks of real estate investing is its slower-to-move nature. The real estate market isn’t completely immune to volatility, but it tends to move much more slowly than other investment categories.

Housing supply for sale remains tight across the country, as home builders have been slow to produce. For a recession to impact the housing market, it would need to fundamentally alter this dynamic between supply and demand.

It’s even harder to see the supply shortages being alleviated by a recession in a way that impacted prices. A spike in unemployment could negatively impact demand, but the Federal Reserve is almost certain to keep rates at near record lows in order to prop up the economy. The current rate on a 30-year fixed mortgage is at 4.83 percent, according to Bankrate. For perspective, rates reached highs of 18.5 percent in 1981, so even a rise above 5 percent would be historically quite low.