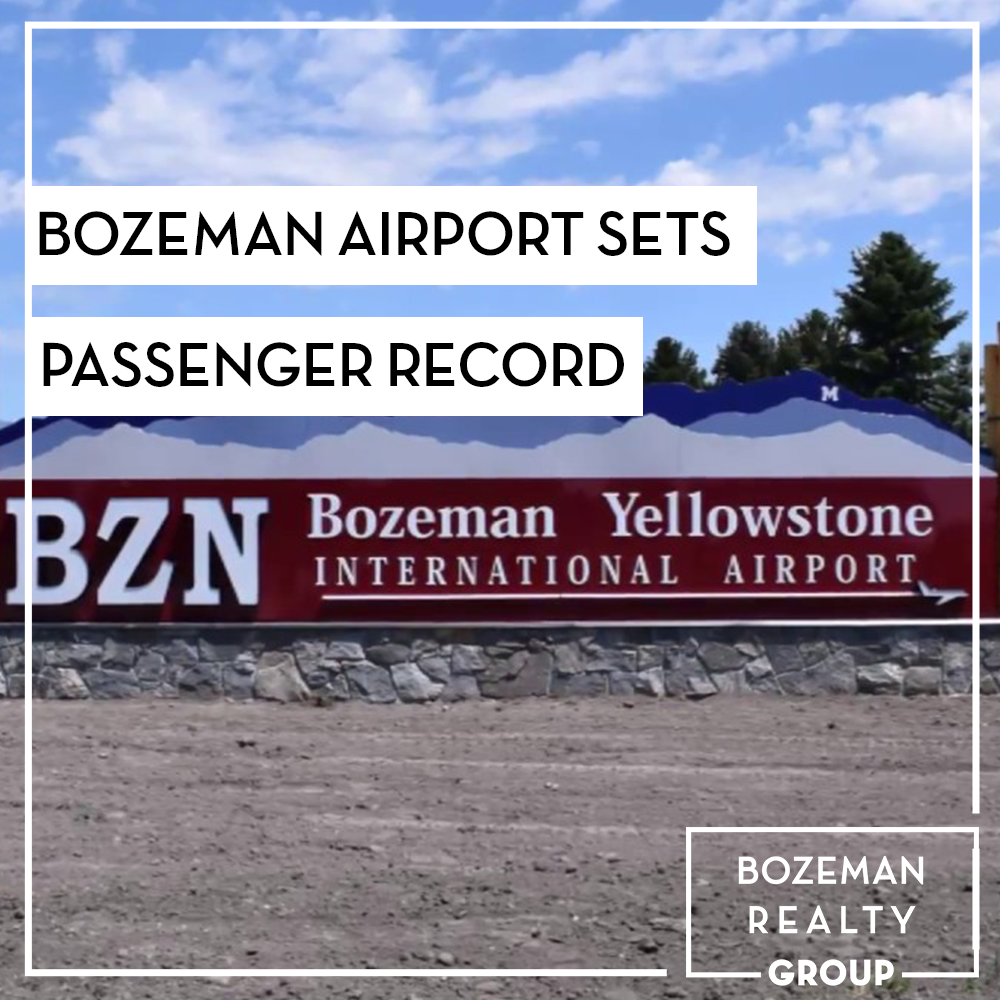 In 2017, Bozeman Yellowstone International Airport set its 8th consecutive passenger record with almost 1.2 million passengers traveling through the airport. This continues to rank the Bozeman airport as the busiest airport in Montana. The large number of direct flights is just one of the many reasons We Love Living In Bozeman.

Flying into and out of the Bozeman Yellowstone International Airport has never been more popular! As more and more travelers and tourists become aware of Bozeman’s appeal, they seem to be flocking to the area. With Bozeman’s proximity to Yellowstone National Park, some of the top Fly Fishing access in the United States and the vibrant downtown dining and shopping experiences, it’s no wonder so many people thought the country and the world.

The Bozeman Airport handled 1,199,537 passengers in 2017. This is an increase of 8.3% compared to 2016 and is the eighth consecutive year of record-breaking passenger traffic. Since 2010 BZN passenger traffic has grown by over 500,000 passengers and this single airport accounts for 30% of all airline travelers coming to and from Montana.

Passenger totals in and out of the Bozeman Airport by airline brand in 2017 were:

In spite of the incredible growth of the Bozeman Airport it’s still considered a relatively easy airport to fly into and out of. The security lines are generally quite short and it’s location in Belgrade makes it just a short 10 to 15 minute drive from Downtown Bozeman.