Bozeman’s Midtown District surrounds Bozeman’s North 7th Avenue corridor. It is one of 5 Bozeman Urban Renewal Districts. The intent of the Bozeman Midtown District is to attract targeted private investment to support infill, increase density – with an emphasis on building more housing, provide retail that serves surrounding residents, and enhance transportation and walkability. As a Tax Increment Finance District, the city’s goal is to increase the taxable value of the area to provide a more robust tax base for the entire community.

Spearheaded by the Midtown Urban Renewal District, the North 7th Avenue corridor is seeing an insurgence of new businesses. Real estate developers and investors are excited by the opportunities that Bozeman’s Midtown District offers.

Focusing on housing and retail, the plan centers around urban density and infill. Sidewalks and bike lanes are being expanded to make walking and biking easier, and with new entertainment options like The ELM Music Venue, and two new breweries, midtown is going to be a desirable locale for locals and visitors alike.

The city of Bozeman plans to put more than $5 million into upgrades for the Bozeman Midtown area, including new sidewalks, lights and a pedestrian path.

The stretch of North 7th Avenue between Durston Road and Mendenhall Street will receive road, sidewalk, street light and curb and gutter improvements. This area will also get more trees, pedestrian crossings and stormwater infrastructure improvements.

The city also plans to build a multi-use path that will connect people to the Westlake BMX Park, the Aspen Street improvements and to a new mixed-use development known as the Aspen Crossing Project, a 68,000-square-foot building on the corner of Aspen Street and Fifth Avenue. 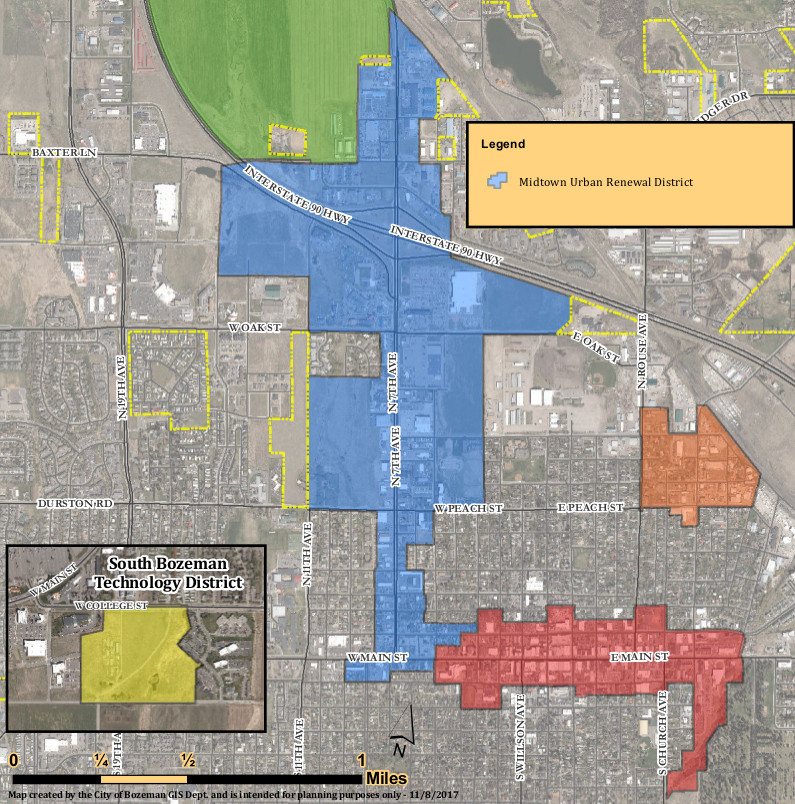